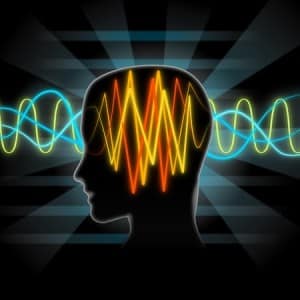 Seven out of 10 people who suffer from clinical depression stop taking antidepressants as a depression treatment due to adverse side effects. Prominent psychiatric associations often encourage depression patients to continue consuming their medication for up to five months post depressive episode. This recommendation is based solely on the assumption that most antidepressants work by masking symptoms in an opaque form of depression treatment, and are the only way to prevent relapses for many people. Looking at the side effects, however, it is easy to question why tricyclic antidepressants, are still so widely used despite what we know about them. And it’s not just antidepressants, for years anxiolytic remedies have been a bit touch-and-go as well.

Many of the opioid variants of depression treatment we use today are either semi-effective, or are too mild in lower doses. Even newer drugs like Zoloft and Lexapro and SNRIs like Wellbutrin have varying side effects ranging from insomnia to increased anxiety to sexual dysfunction. Many people are, in fact, moving on to cannaboid based medications instead to help mitigate pain and assist with depression symptoms, using products such as dab rigs canada, or cbd oils and tinctures. This isn’t the only way people are beginning to veer away from traditional medication options for treatment. Indeed, people who are struggling with sexual dysfunction have found positive results from the best male enhancement supplements, it would be worth looking into. We have since accepted that the treatment for neurological disorders must come at a price, but should it be this way?

The development of direct neurofeedback as a viable treatment for depression suggests that there can be better ways to manage mental imbalances. Direct neurofeedback utilizes low-voltage electromagnetic currents to jolt the brain out of patterns that cause depression, anxiety, and ADHD. The treatment uses very low currents which intercept brainwaves, thus altering them slightly. Some experts call it “rebooting” the brain using electricity.

Direct neurofeedback doesn’t target the impulses that cause depression, nor does it focus on breaking repetitive patterns caused by conditions like OCD. Instead, it has a generalized relaxing effect on brain function as well as nervous interaction. It essentially allows the brain to self-regulate. During this process, dysfunctions and disorders are either eradicated or improved. For most patients, the treatment has an immediate effect on mood, concentration, and addictive tendencies.

Impulsive behaviors are curbed in ADHD patients while anxiety and depression patients report feeling better after undergoing low-voltage brain stimulation. Direct Neurofeedback is not a one-off treatment. The brain requires multiple sessions to revert to its “default settings.” Twenty sessions are typically necessary before permanent results can be attained. Changes tend to be long-lasting, and most patients desist continuous treatment to maintain their mental state.

Direct neurofeedback effectively breaks dysfunctional patterns in the brain. Depression, anxiety, OCD and ADHD are all embedded in the brain as patterns, and though they all have different triggers and effects, they are patterns nonetheless. Disrupting these patterns regardless of what causes them can be just as effective as addressing their root cause. It is only recently that the discovery of the brain’s neuro-plasticity allows the disruption and formation of patterns—direct neurofeedback exploits this ability and identifies patterns that lead to dysfunction.

A person undergoing direct neurofeedback treatment is first attached to sensors that send brainwave patterns from the scalp to a computer. Unlike the traditional variation of the treatment that involved the “tweaking” or specific brainwaves, direct neurofeedback is focused on altering brainwaves by sending signals from the computer directly to the brain. These signals are what cause brainwaves associated with stuck and repetitive patterns to fluctuate, leading to their disruption. Once the brain is freed from such repetitive cycles, it goes through a re-organization where new patterns are formed.

The effectiveness of this depression treatment is hard to ignore. Over 80% of patients show an improved mental state after direct administration. Direct neurofeedback has endless applications in maintaining brain health, and researchers are still looking into its efficacy in disrupting patterns associated with TBI, Autism, OCD, chronic pain, and PTSD as well. Already, the treatment has been adopted by the military to treat post-combat dysfunctions like PTSD, and by rehab centers, stroke treatment facilities, schools, and harm reduction centers. Soon, it may be adapted into contact sports to treat chronic pain as well as brain injuries.

With such broad applicability and world-class centers the development of direct neurofeedback marks a milestone in our quest to understand and overcome numerous mental and psychological dysfunctions. If you are suffering please reach out to us at depression treatment in Los Angeles California for more information.